Pit Bulls Ban, why do you want to ban an entire breed?

Should there be pit bulls ban in order to be safe?


Also, news reports sometimes say that the dog responsible for an attack was a pit bull, when it was instead a mixed breed. Yet these bans are still being put into effect in locations around the country.

Why do people seek to ban an entire breed of dog based on the bad behavior of a few irresponsible dog owners?

Remember, there were 16,000 men and women that took a life in 2007. We have no trouble understanding that just because 16,000 people committed murder that doesn’t mean that all humans are evil.

Why then is it so difficult to understand that just because a few pit bulls – or any other dog – attack that doesn’t mean the entire breed is bad. And it doesn’t mean that cities or towns should institute pit bulls ban.

These bans, referred to as breed specific legislations, are a set of laws that ban residents of certain towns or cities from owning any dog that is considered to be a pit bull. In some places, these pit bulls ban go so far as to forbid any dog that even displays one or two characteristics of a pit bull.

While other dogs are sometimes the target of such bans, pit bulls ban are the most common. One of the saddest facts about pit bull bans is that they do not fulfill the purpose of such bans, which is to stop dog attacks.

The reason that they do not work is that pit bulls are not the only dogs that attack humans. Recent news stories have included vicious attacks by a shepherd/husky mix and another by a collie mix. Also, the post office had to stop delivering mail to one address because there was a “vicious Chihuahua” that attempted to attack the postman on several occasions.

Pit bull bans in the cities where these attacks occurred would have done nothing to prevent the attacks by these other breeds of dogs. Many opponents to pit bulls ban and other breed specific legislation say that the answer is to pass laws that target vicious dogs of all breeds, rather than all dogs of a certain breed.

Non breed specific laws are able to deal with any dog that displays aggressive tendencies rather than banning an entire breed based on the irresponsible behavior of a few dog owners.

Remember, there were 33 fatal dog attacks in 2007. Most of them likely could have been avoided had the dog owners acted responsibly. Obviously, vicious dogs should not be allowed to remain in a position where they are a threat to anyone. But pit bulls ban are not the answer because the overwhelming majority of pit bulls are gentle and loving dogs.

If you hear about breed specific legislation being discussed in your area, you need to speak out against it. Even if you do not own a pit bull, the breed of dog that you love could be next.

Below you can find some additional articles on pitbulls Pitbull Attacks, do they happen all the time or just bad reputation? Pitbull Fights, an inside look! 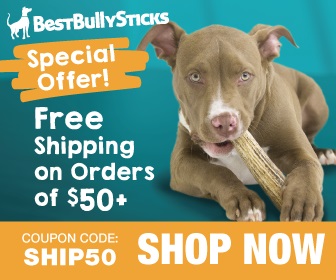